Until July 9th, 2018, the Grand Palais is hosting an immersive and interactive exhibition on robots! This retrospective reveals some thirty works, all created by artists using robots or robotic programs specially invented and used for art. Painting, sculpture, cinema, design, music, or even immersive and mobile works, all media have been used to give life to these new creations. The "Artists & Robots" event is divided into three parts: “La machine à créer” (“The machine to create”), “L’œuvre programmée” (“The programmed work”) and “Le robot s’émancipe” (« The robot emancipates itself”). In turn, the robot comes to life and takes on an almost human or even animal form, with a psychological dimension. Sometimes it becomes invisible, letting its computer programme and algorithm take over the work. Finally, in the last part of the exhibition, the robot competes with humans and raises the issue of superior intelligence. Can robots improve humans or merge with them? Takashi Murakami, Raquel Kogan, Elias Crespin, Pascal Haudressy, Catherine Ikam and Louis Fléri, to name only a few, attempt to answer these questions through their works. 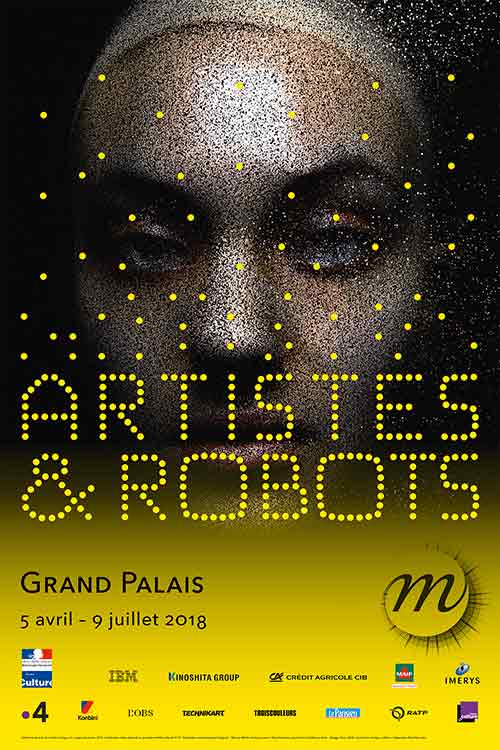