A transparent film that turns a smartphone into a solar pannel

The French will soon be able to produce power with their smartphones. An Aix-en-Provence based start-up called Sunpartner has designed a transparent film that you can stick on glasses and screens to turn them into solar pannels. Invisible to the naked eye, it contains tiny photovoltaic cells which, when you let them in the sun, recharge your phone's batteries in six hours. In case of bad weather, you have to plug it into an electrical outlet; but it needs less power. Researchers say that by 2030, cellphones will consume 10% of the world's electricity. Sunpartner thinks that if a third of cellphones were using this technology, one nuclear reactor would become needless. This solar film also works on car windows, billboards, and even plane windows. Its use is almost unlimited, you just need to have some sun so that the cellphone can produce green energy. The solar film will be produced in France, near Aix-en-Provence.

Follow the news of Sunpartner and its solar film. 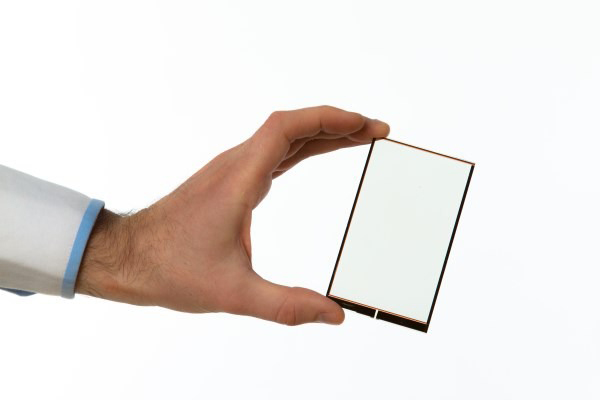