In addition to the exhibition dedicated to Georges-Henri Pingusson (1894-1978) held until July 2nd, the Cité de l’Architecture et du Patrimoine is focusing on another subject: May 68. With this retrospective “Mai 68, l’architecture aussi !” (“May 68, architecture too!”), held until September 17th, 2018, the museum puts the spotlight on a certain aspect of this key period of the French history. The event is centred on the evolution of the architectural teachings in France during the 1960s and the 1970s. Indeed, May 68 ignited many debates among architects, particularly on the transformation of the profession. The exhibition is divided into 4 great themes: “Refuser l’héritage” (“Refusing the legacy”), “Tout est politique !” (“Everything’s political!”), “L’école réinventée” (“Reinvented school”) and “Hypothèses pour l’architecture” (“Theories for architecture”). They address competitions and awards, the appearance of new schools, or even the lessons taught by May 68. This exhibition is available just a few-minute walk away from the Green Hotels Paris, the Eiffel Trocadéro and the Gavarni. 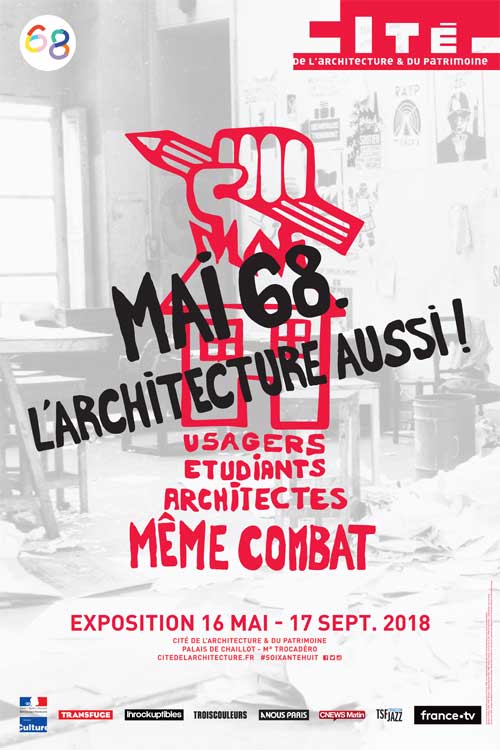