Since last Friday, the musée d’Art moderne de la Ville de Paris exhibits six works of Hugh Weiss (1925-2007) in its permanent collections. These paintings were given by the artist’s widow, photographer Sabine Weiss. They are hanging alongside artworks on paper, photographs and little notebooks made by Sabine Weiss. This retrospective organised nearby the Green Hotels Paris, the Eiffel Trocadéro and the Gavarni, to which we can go by walk, enables to come back to the life of this famous American painter who revisited the figurative painting. It is in 1948 that he settles in Paris, and in 1950 that he marries Sabine Weber. In love with the town, he will stay there his whole life. “The last trip” (“Le dernier voyage”) demonstrates the fight against illness which carried the artist off in 2007. We find again recurrent topics as the fluvial trip, the self-portrait, the octopus and other strange animal, but also the barque and Charon. These numerous elements take the visitors in a crossing of the Styx more than real. 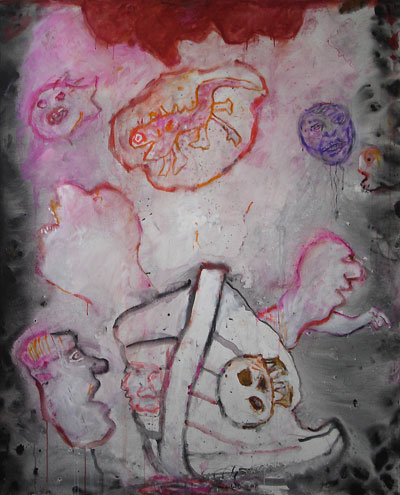