The news has just arrived, this Monday, 13th February 2017, published by the scientific journal “Nature Ecology & Evolution”: even the deepest and most untouched oceanic areas, the abysses, would present worrying ratio of chemical pollutants. The main defendants? Illegal spillage of chemical products in the water and the use of pesticides, that are indirectly diffused into the deepest oceans.

Little known and yet polluted oceans
The abysses, or deep oceanic areas, are areas hostile to humanity and little known, since little studied. That is why they aren’t especially preserved, as can be the “marine protected areas”. Covering around 3.5% of the total ocean surface according to the association World Wildlife Fund (WWF), those areas are created in order to preserve the marine biodiversity and to manage sustainably natural resources. Saving the oceans is a main 21st century environmental issue, because we can see the damages with our own eyes: polluted beaches, waste “continent”, animals intoxicated etc., the list goes on.  It would appear logic to think that those kinds of pollutions are only happening where humans can operate, circulate or fish. And yet, the report of “Nature Ecology & Evolution” states that even the deepest and most pristine places on Earth, the abysses, would be affected, that is to say a depth beyond 32,800 ft. 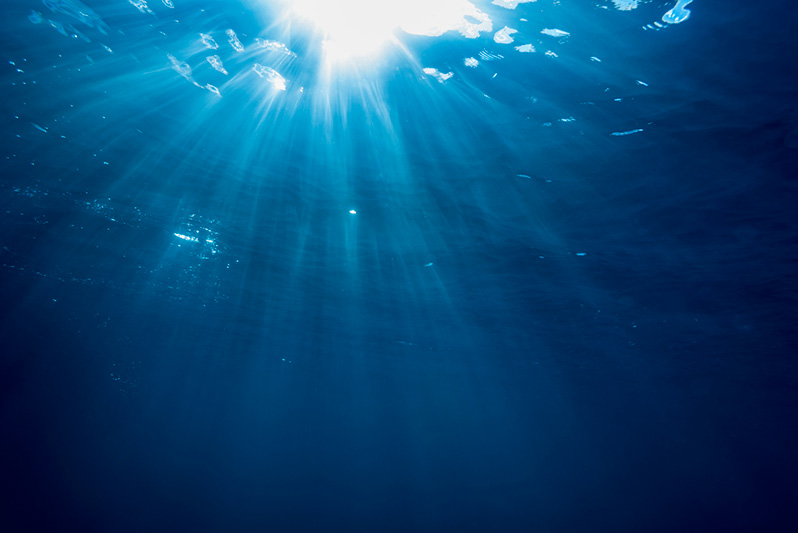 Carcinogenic pollutants
The team of searchers who published the report first collected samples of species thanks to a subsea robot before studying it. The results are spooky: they found the presence of toxic chemicals, such as polychlorinated biphenyls (PCBs), used until the 1970s to produce electronic devices.  Considered as persistent organic pollutant (POP), those chemical molecules accumulate in living tissue after being swallowed. They are carcinogenic and carry many risks for human an animals’ health, as well as for the environment. The abysses, until now seen as pure and pristine areas, are now also touched by illegal or not discharges of toxic pollutants, also called “marine spills”, generated by human industries. According to the study, in the Mariana Trench, the deepest place known of all oceans (36,201 ft.), the highest levels of PCBs measured were 50 times greater as those detected in the crabs from the paddy fields of the Liao River, one of the most polluted in China. An alarming observation.

Ideonella sakaiensis: the first plastic-eating bacterium
Is the Mediterranean Sea in danger?
More plastic than fishes in the oceans in 2050
Adidas creates a trainer prototype with plastic waste from the oceans
Ocean Plastic – 100% recycled plastic bottles
Sunscreens: a threat for the planet
Pharrell Williams and G-Star Raw work together against pollution