A musical summer in Versailles

Symbol of the splendor of the French monarchy, the Palace of Versailles is known worldwide. Pushing magnificence to its climax, the domain organizes like each summer a series of shows called Musical Fountains show and Musical Gardens. Despite the centuries going by, what was once the home of the Sun King never ceases to shine. The sumptuous décor of the palace is only matched by the beautiful gardens. During summer, these ones gain beauty when they are lulled by French baroque music. Following the rhythm of the melodies that livened up the evenings of Versailles, you could discover an extraordinary treasure imagined by Andre Le Nôtre.

Conquer the gardens of Versailles
This summer, you will be able to explore the preserved parts of the garden, open on some Tuesdays, and enjoy the groves while listening to music! During the Musical Fountains show, you will witness a breathtaking show, highlighting the fountains and their spray that will dance and waltz at the rhythm of the different melodies of the show. 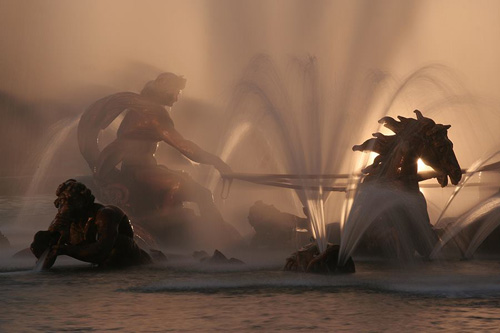 An evening worthy of the Sun King
At dawn, a French ball will take place in the famous Hall of Mirrors. Dancers and musicians will bring baroque back to life in front of you during the Royal Serenade. Then, you will admire the Fountains Night Show, a fairy aquatic show. The evening will end with a firework. You can’t miss it for the world! 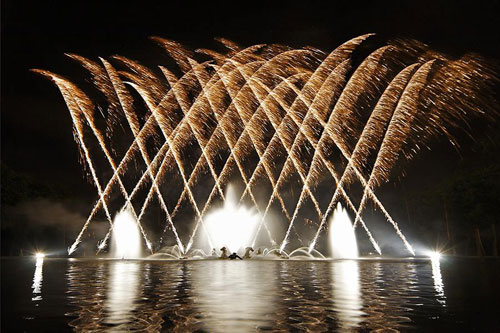 Musical Gardens
Every Tuesday from July 2 to October 29, 2013.
Musical display from 10am to 6:30 pm.
Passport ticket: 25€ (including the Musical Gardens, a visit to the Palace, the Grand Trianon and Marie-Antoinette estate).
Musical Gardens ticket: 7,5€
Reduced rate: 6,5€. Group ticket: 7€