Until May 20th, 2018, the musée d'Art moderne de la Ville de Paris (MAM) (Paris Museum of modern art) is presenting amongst its collections a piece by Sheila Hicks (1934-), which she specially designed for the site. The artist studied the structure of the MAM’s large hall where Lucio Fontana's neon decorates the ceiling. Sheila Hicks drew her inspiration from the latter and created her artwork as its continuity. Born in Nebraska (United States) in 1934, Sheila Hicks moved to Paris in 1964. Prior to that, she studied at the Yale University (Connecticut), where she developed a passion for the ancestral art of textile. She then began to work on the art of weaving by mixing her own structures to techniques of pre-Colombian civilisations. With "Au-delà" ("Beyond"), she imagined a spatial piece, a constellation, by producing discs of various sizes and colours using cotton, linen, synthetic fibre, or even leather. This installation is displayed within the permanent collections of the MAM, located just a step away from the Green Hotels Paris, the Eiffel Trocadéro and the Gavarni. 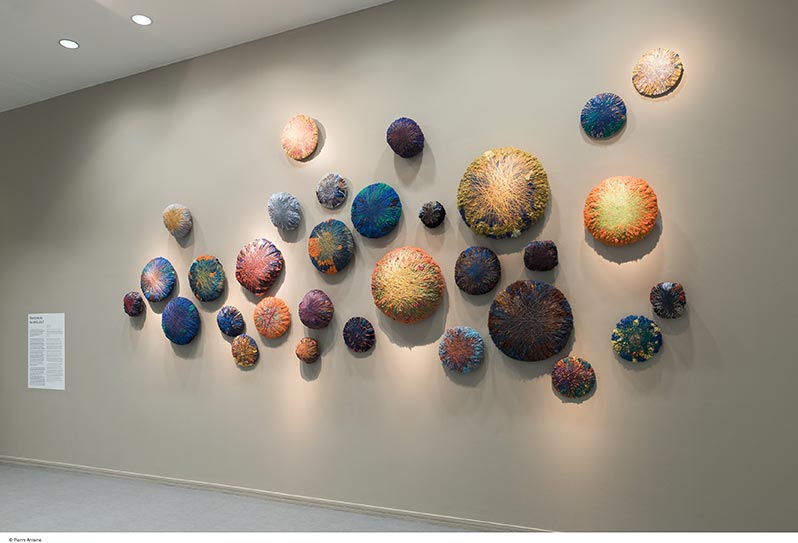