Four Ouessant sheep recently bought by the Paris Farm have established their quarters in the Archives Park, at the heart of the 19th district. This grassed space of 2000m2 at the foot of the building that preserves several million documents from the public services of the capital will thus abandon mechanical devices and chemical herbicides this summer. It will enable birds and bugs to enrich the flora and fauna of the area while guaranteeing a biodiversity that was becoming scarcer and scarcer. This practice of eco-grazing already existed in the Parisian region, but the goal here is to develop it in the city. The first mowing only lasts 15 days, but the British sheep (from French Britain) will be back three times for the same amount of time during the net 6 months. Their services are more and more popular, so there’s a future for this endangered species! 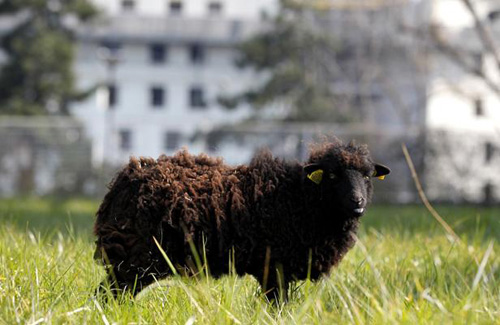 The Ouessant herds of sheep are back in Paris to maintain the slopes of the Paris ring-road!
Thanks to Hop! Biodiversity: airports prove to be nature reserves
Ecomouton: the eco-friendly economical lawn-mower
Look up, yards and vegetable patches take over the roofs of Paris!