From February 16th until May 13th, 2018, the Palais de Tokyo welcomes the new exhibition of the French-Algerian artist Neïl Beloufa. Born in 1985 in Paris, Neïl Beloufa studied in Paris at the École nationale supérieure des beaux-arts (National School of Fine Arts) and at the École nationale supérieure des arts décoratifs (National School of Applied Arts), in Tourcoing, then in California and in New York. He has won the Agnès B. Studio Collector award (2010), the Audi Talent Awards prize (2011), as well as the Prix Meurice pour l’art contemporain (2013) (Meurice award for contemporary art). In 2012, he presented at the Palais de Tokyo his very first personal exhibition in France entitled “Les Inoubliables prises d’autonomie” (“The Unforgettable grips of autonomy”). This time, he designed a retrospective focused on the regressive evolution of History and the world capitalistic economic models. Drawing his creativity from war museums, political propaganda, current events, as well as advertising and video games, he questions, inter alia, the various viewpoints of the modern conflicts by examining the fine line between good and evil. Various works, pictures, documents, artefacts, reproductions and assembled and disassembled real objects are displayed on the spot. The exhibition "L’ennemi de mon ennemi" (“The enemy of my enemy”) is available just a few-minute walk away from the Green Hotels Paris, the Eiffel Trocadéro and the Gavarni. 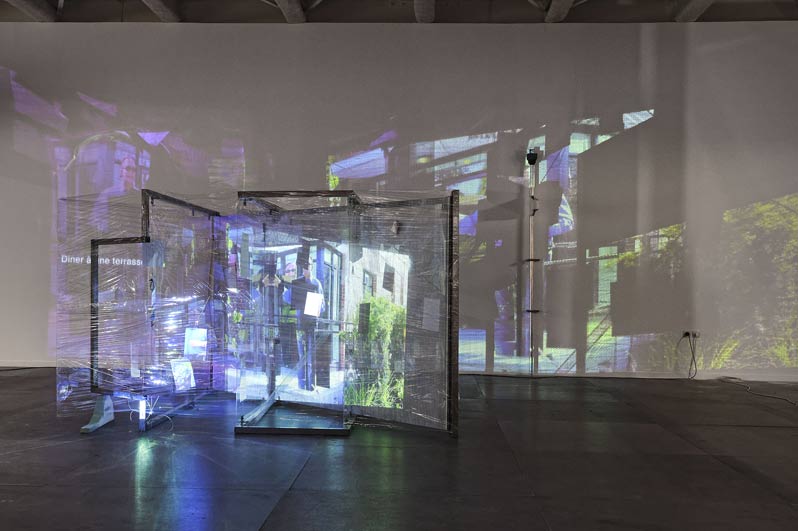