5th edition of the vegan fair VeggieWorld at the Centquatre

The VeggieWorld fair returns for its 5th edition, from the 7th until the 8th of April, 2018, at the Centquatre, in Paris’ 19th arrondissement. VeggieWorld is the biggest vegan exhibition in Europe and is now present in 11 European cities. 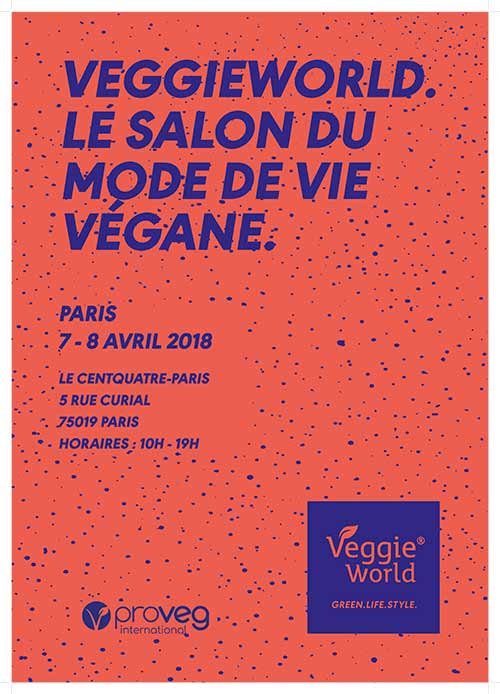 The fair of the new actors of veganism
This year, the fair is hosting 130 exhibitors who will present their vegan innovations, such as the Nouveaux Affineurs (New Refiners), who create vegan cheeses 100% made in France, or even, the Odontella brand which developed thanks to edible microalgae, the first "plant-based salmon"! The fair is also interested in ethical fashion and will organise a vegan fashion show presented by Manifeste011, the first Parisian shop dedicated to vegan fashion, which we wrote about on the blog last February. Numerous conferences on the vegan lifestyle are planned and will be led by the sector professionals, to explain among other things "The benefits of veganism in the prevention of some diseases" and the numerous advantages of being vegan. It is the ideal opportunity to learn more about this alternative and healthy lifestyle, in perfect harmony with the protection of the planet and animals