A “Zero Carbon” neighbourhood in Paris for 2022

After the two-way bicycle path on the Rue de Rivoli that we were telling you about lately, Paris pursues its efforts to turn the city into an example of green and eco-responsible capital. That is why the City Hall selected the project of the first “Zero Carbon” neighbourhood (Ilot fertile), coming from the call to “Réinventer Paris”, launched in 2014. This cheerful program is scheduled for 2022, and will be located on the Triangle Eole-Evangile, in the 19th arrondissement. 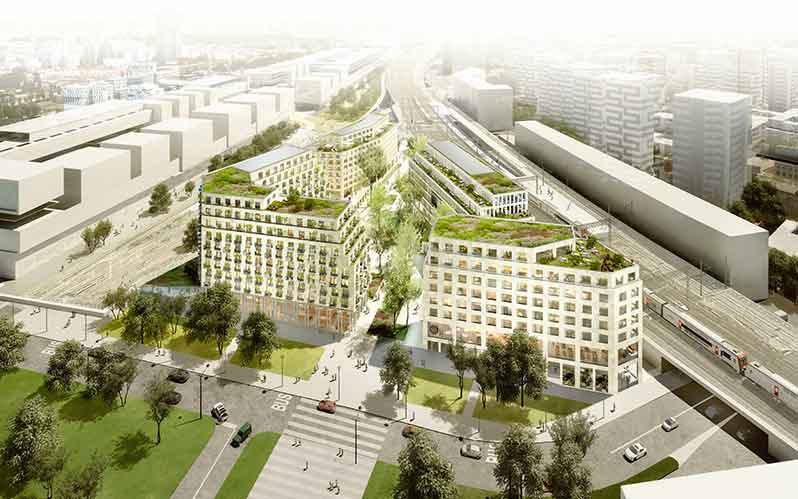 An Eco-responsible neighbourhood
This “zero carbon” neighbourhood will be a place where all equipment will be entirely ecological, and that, once built and inhabited, will be carbon-neutral, that is to say that won’t cause greenhouse gases. The buildings will respect very high environmental norms, produce renewable energy and benefit from a performing electricity network. But mostly, the designers wanted to put the inhabitants at the heart of this planning, in promoting constructions that energise the neighbourhood life. Among other things, there will be student apartment, lofts, social housing as well as a co-working café, a youth hostel, a sports centre and evolving offices. The association World Wide Fund (WWF) will organise workshops and activities to sensitize the inhabitants, as soon as they move in, to the daily issues of this “zero carbon” neighbourhood. As an added bonus, the site will count innovative and ecological cafés and restaurants.

For further information, please visit the website Ilot-fertile.com (in French) and Reinventer.paris