Created in Toulouse in 2002, Les Siestes Electroniques aims to be the meeting of contemporary music lovers, especially quiet electronic music. The first objective of this event is to allow spectators to attend free concerts insured by innovative composers, but often little known by the public. This year, the festival only lasts for a weekend, from July 8th till 9th, 2017.

The program of this 2017 edition
The music festival will hold representations at the heart of the Théâtre de Verdure of the musée du quai Branly (Quai Branly Museum), of artists such as the producer and the English composer Danny L Harle, who will perform last on Saturday, with sounds combining both dance and classical music of the 20th century. To complete this festival, 3 movies of the French film director and ethnologist Jean Rouch will be projected. He is mainly known for his ethnographical movies about African people and about their customs. This summer festival is available near the Green Hotels Paris, the Eiffel Trocadéro and the Gavarni, on the left bank side. 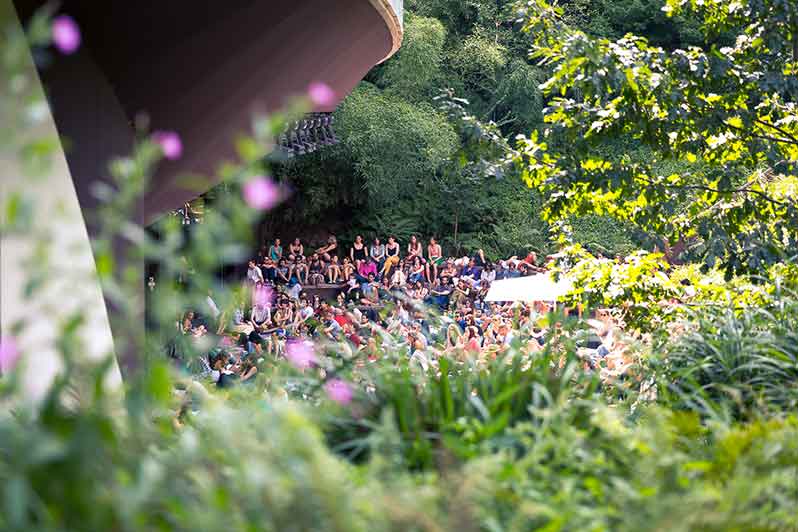