Helio, the device that changes sea-water to drinking-water 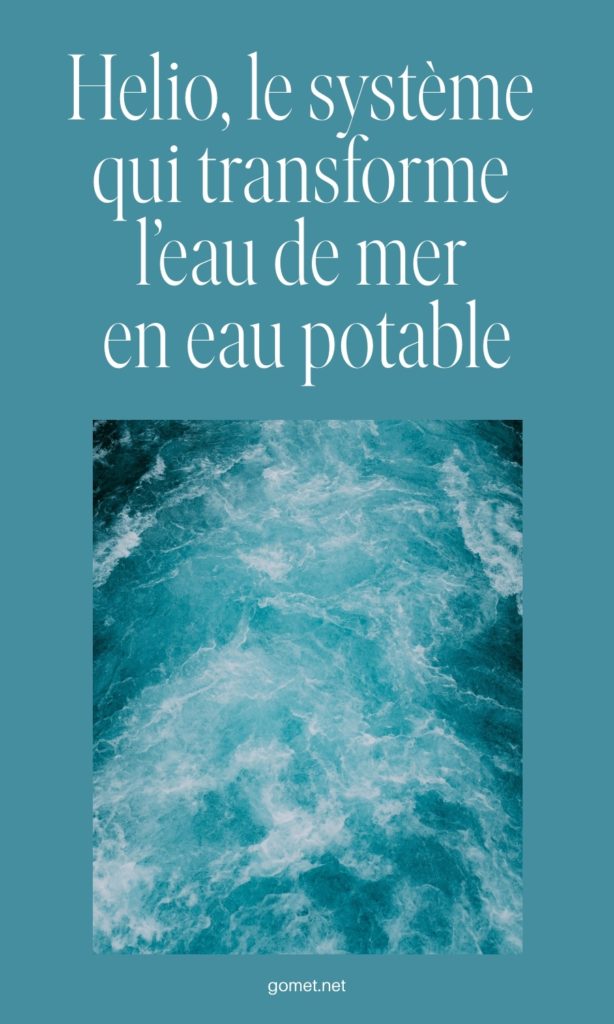 Facing climatic changes and global warming, water resources are becoming considerably scarcer on our planet. This global challenge constitutes nevertheless a favorable ground for companies that wish to develop their activities. It is the case for a new start-up called Marine Tech. This small company located in the business park outside Signes in the Var , has invented an innovative solution which can produce drinkable water from sea water, and this, by using 100% renewable energies (solar power, wind turbines or energy from the waves).

This technique, named « Hélio » was presented during the Act 2 of the Future of the Mediterranean Sea, in the Villa Méditerranée. When you consider that 71% of the Earth is constituted of water, 97,4% of which is salt water and only 2,6% freshwater, desalinating sea water appears as a viable alternative and a true opportunity for countries where water is scarce and represents a daily problem for the populations. Hélio can produce fresh water in areas where conventional desalination plants can’t be built.