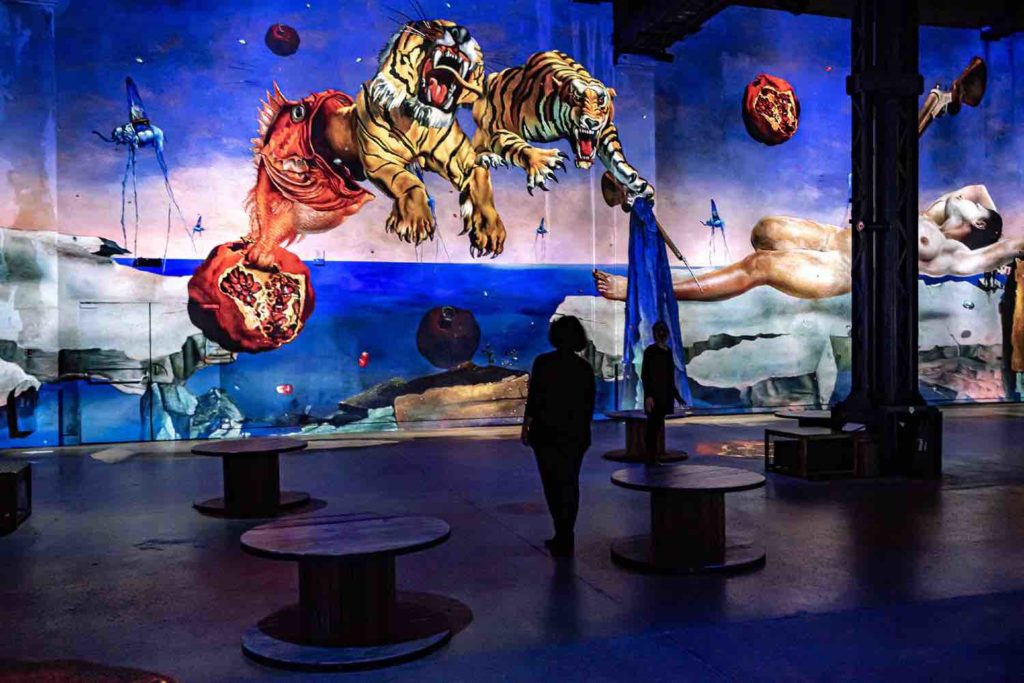 Salvador Dali  was born in Figueras on May 11th 1904 and he died in the same town, on January 23rd 1989. He was a catalonianpainter, sculptor, engraver, scenarist and a writer of spanish nationality ; he is considered as one of the main representantsof surrealism and figures amongst the most famous 20th century painters. The themes he developped mostly were dreams, sexuality, edibles, his wife Gala and religion. The Persistance of Memory is one of his most famous surrealistic paintings and the Christ of Saint John’s Cross one of his main religious pieces. In this exhibition, which covers 60 years of the artist’s life, the visitor wanders in the midst of surrealist and metaphysical landscapes and ends up at the heart of amazing creations by this artist who developed  a boundless imagination. They were exhibited everywhere in the world. Displayed and animated, on the ground and the walls, up to ten metres high, they show the details of the brushstrokes, the lines and the interaction of materials. Paintings, drawings, photographs, installation, films and archive footagerecall the painter’s unique personnality and his well-known mustache, but also his obsession for the strange and the supernatural.

« Dali, the Endless Mystery », during around 40 minutes, reveals the mirrors of the painter’s mind in an almost hypnotic atmosphere. The entire digital exhibition is rhythmed by Pink Floyd’s tunes. This restrospective, combined with the music of this legendary group of the sixties, offers a journey out of time which awakens our subconscius where Dali’s work remains a mystery and an endless riddle.