The Color Run™: the happiest 5K in the planet!

With 13,000 runners in Paris in 21014, The Color Run™ by Sephora is about to kick-off its second edition. Organized for the first time in Phoenix, USA, in January 2012, the happiest and most colorful race in the planet allows its participants to combine sport, leisure and conviviality in the heart of Paris, Nancy or Marseille, but also in Germany, the Netherlands and the United Kingdom. The goal is simple: to run or walk 5kms by crossing four “Color Zones” (yellow, green, blue and red) where volunteers will throw 100% natural and edible cornstarch colored powder. The “Finisher Festival by NRJ Extravagance” will conclude this colorful event, with DJ sets and always more powder throwing. The reservations are booked, and some 20,000 people are expected on April 19th, 2015 in Paris for a race free of timer and such sports pressure. The track is also suited for any and all paces and ages, with the possibility to enter as a “Team” with your kids or simply on your own. The Color Run™ is also scheduled to take place in Nancy on May 31st, 2015 and in Marseille on October 4th, 2015. 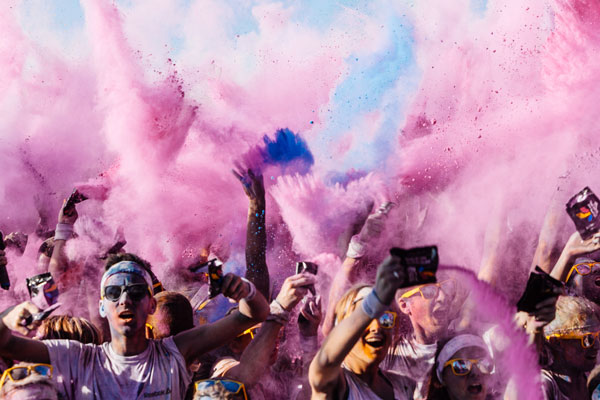