Nestled in a peaceful area of the 11th arrondissement of Paris, close to the Canal Saint-Martin, this workshop renovated into an ultra-healthy food canteen by Christel Dhuit delights the vegan, organic and gluten free enthusiasts of Paris since 2009. The establishment has indeed received a prize for the “veggie” category of the 2014 edition of the Place to Bio awards, which reward the restaurants placing their expertise in the service of a healthy and tasty cuisine. Because Soya Cantine Bio seduces the guests with its Japanese-Vietnamese-Breton team, its loft-like atmosphere (glass walls, concrete paving stones, tables in solid wood) and its colorful and tasty meals. The guests are welcome to garnish their own plates by digging through the various dishes composed 95% with organic approved products. Almond, nut, banana and soy milk smoothie, Dukkah houmous, beet cream, seaweed caviar or Soy’s couscous (made using seasonal vegetables, roasted spice and seeds, tofu steak broiled in the oven, green pepper and ginger crystallized harissa –all of which is 100% vegan certified)... There is something to suit all tastes and desires. And above all, Soya is reputed for its vegetarian brunch served on the weekend. 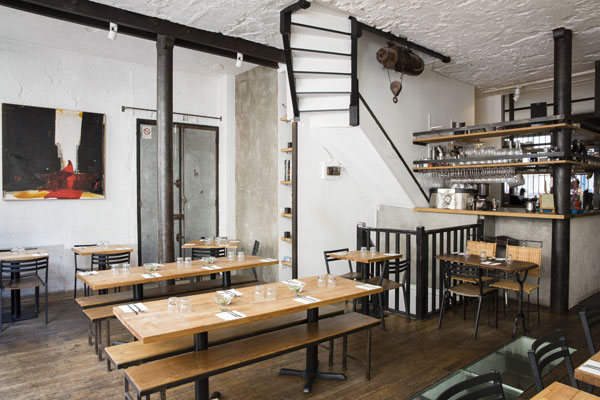