From 14th December 2016 to 9th January 2017, the Grand Palais is hosting a free exhibition dedicated to four of the world's major archaeological sites that are endangered. The "Eternal Sites" exhibition takes us to the ancient capital of King Sargon at Khorsabad in Iraq, and to Palmyra, to the Great Umayyad Mosque in Damascus, and the Crac des Chevaliers in Syria. The idea of this event is to raise the general public's awareness of the fragility of world heritage, be it cultural or archaeological. Furthermore, according to UNESCO, all six of its sites Syria have been destroyed in various degrees, either damaged or looted. The immersive exhibition uses 360 degree projected images of places. A section also presents the various tools used by archaeologists over the ages, including digital images and drones recently.

Exhibition "Eternal Sites: From Bamiyan to Palmyra, a journey to the heart of universal heritage", from 14th December 2016 to 9th January 2017.
Open every day, except on Tuesday, from 10a.m. to 8p.m.
Nocturnal on Wenesday until 10p.m.
Closed on the 25th December 2016.
Free entrance. 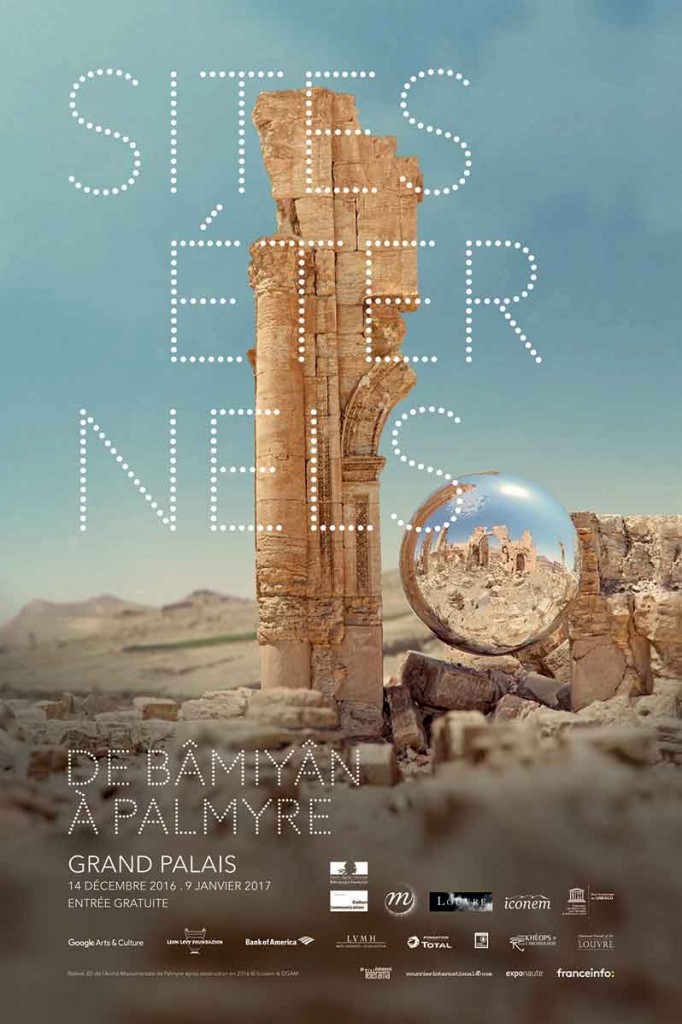