For 25 years, the street artist Shepard Fairey, aka OBEY, denounces in his works the hold of oil and chemical industries on our planet. His greatest works have been gathered in a book, a true piece of art, published by Albin Michel. For the record, we owe him the famous campaign poster of Barack Obama broadcast in 2008, used in the front page of the Times Magazine during his election and that, since then, went around the world. It isn’t the printmaker, illustrator and muralist’s first action. In November 2015, he seized the Eiffel Tower, to which he hanged a giant sphere weighing two tons, between the first and second floor. This work of art symbolized the threats weighing on nature. This object-book is a beautiful gift for every one of those who fights for the environment. A gift for others or for you, why not for Valentine’s Day! 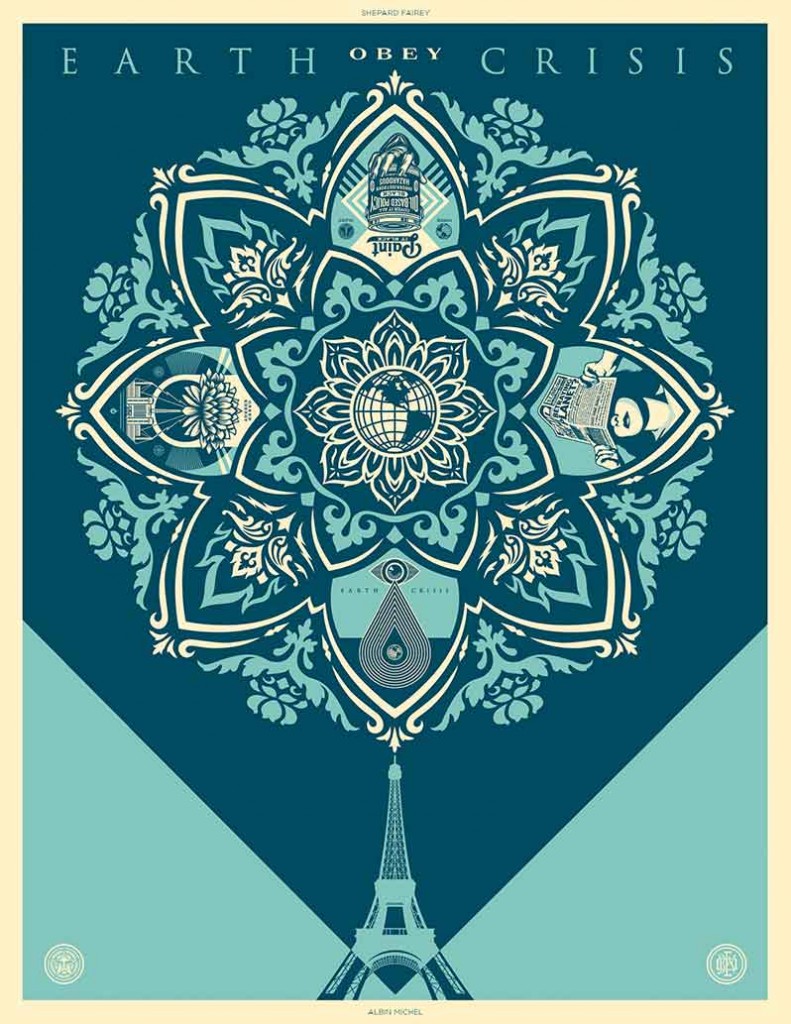 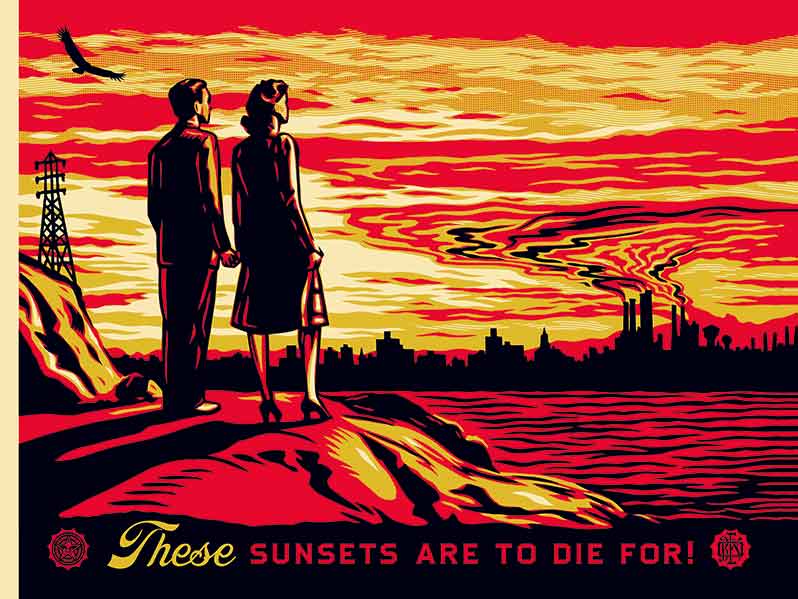 Exhibition: Le Colorado
D-5 before Earth Hour 2014!
A European tax against the use of plastic bags
Quit smoking, it’s good for the environment!