The Fête de la Science is back for its 25th edition!

From next October 8th to 16th, the Fête de la Science is back for its 25th edition. Organised by the Ministry of National Education, Higher Education and Research, these are more than 3,000 free events that will be suggested to young and old alike all over France. Near the Green Hotels Paris, the Eiffel Trocadéro and the Gavarni, several activities held our attention.

If we were told science
Through ‘science villages’, exhibitions or science routes, these are earth science, nanotechnology or philosophy among others that will be addressed. Researchers, teachers but also engineers will be unveiling their work and sharing their knowledge with the public. Therefore, these various activities will help young and old alike to better understand the world around them. In Paris, let’s meet on October 13th, 2016 at the Centre de la Russie pour la Culture et la Science in the 16th arrondissement. Here, a colloquium about Russian psychologist Lev Vygotsky and his ideas in contemporary human sciences will be organised. Then, a bit further by crossing the Seine—at the musée du quai Branly—teenagers will be suggested a route about the ‘enhanced human’. In the company of a guide, they will be visiting the ‘Persona, étrangement humain’ exhibition of which we had already talked to you about last February. The themes of the inanimate or of the relation of man with the objects will be evoked. The afternoon, this is a role play on this surprising human that will await them. 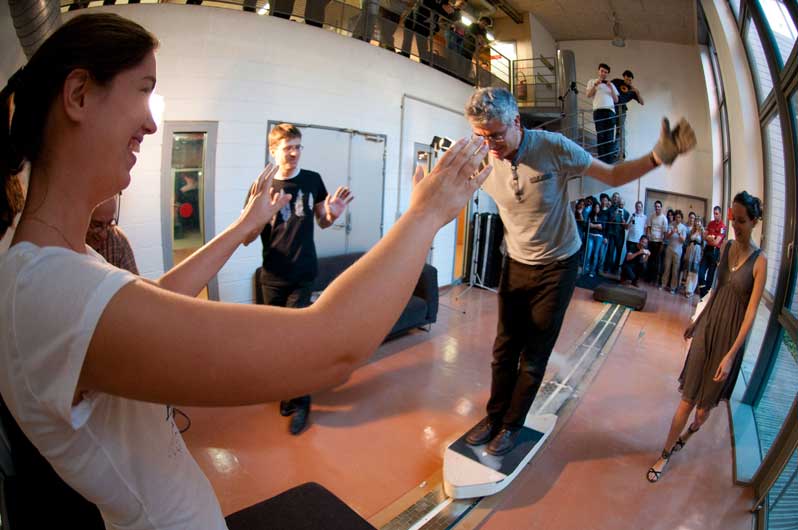